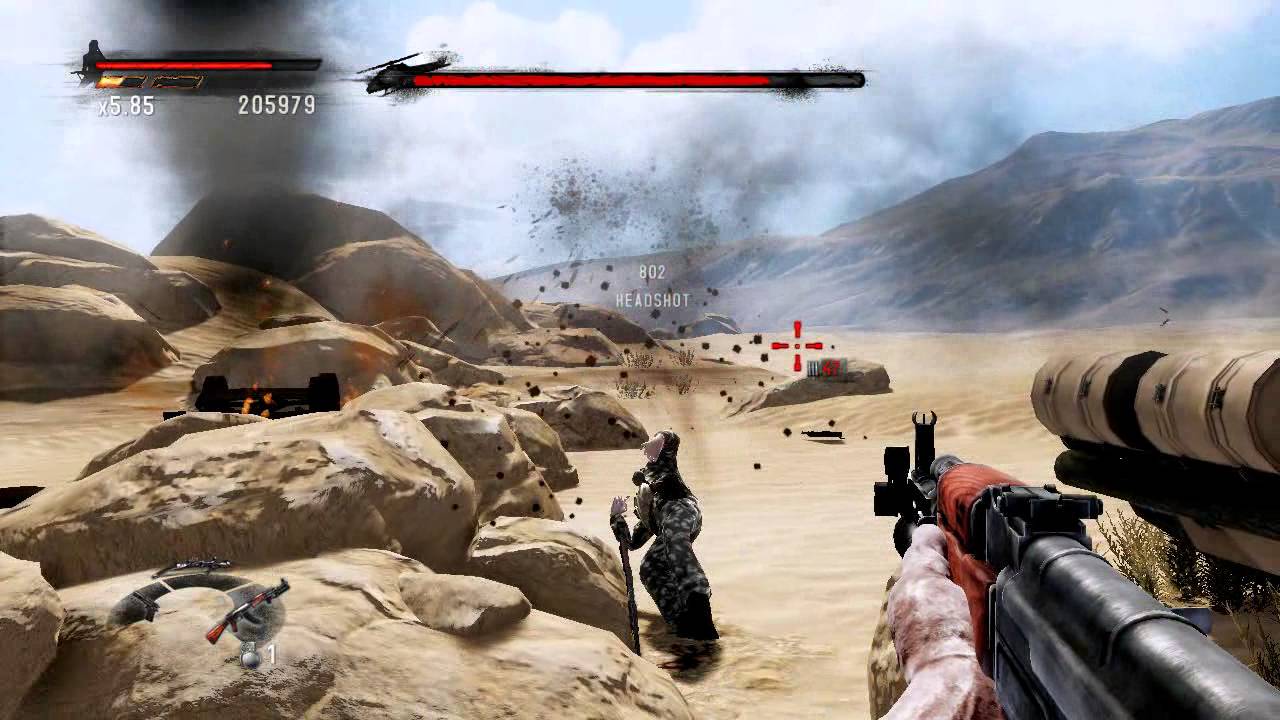 A Rambo game that seemingly came out of nowhere (There’s nothing Rambo related coming out soon, right?). It’s unintentionally funny and not exactly a good game, but I had fun with it, and it made me laugh.

The game is a first person rail shooter video game developed by Teyon and published by Reef Entertainment based on the Rambo film series and puts the player in the role of John Rambo. First Blood, First Blood Part II and Rambo III will form the basis for the gameplay as Rambo journeys through scenes from each of the three films.

The mechanics of the game include stealth, demolition, and fighting off enemies using knives and guns using a cover system to avoid taking fire. The game also includes destructible terrain and rag-doll physics for animating characters.